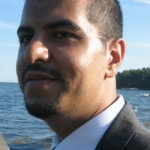 Haroon Moghul is a Ph.D. Candidate at Columbia University in Middle Eastern, South Asian, and African Studies. His research focus is Islamic reformism in South Asia. Haroon served as associate editor at Religion Dispatches, and has written for Foreign Policy, al-Jazeera, and Today’s Zaman (Turkish).
Haroon is a fellow in Muslim Politics and Societies at the Center on National Security at Fordham Law and is on the board of the Multicultural Audience Initiative at the Metropolitan Museum of Art in New York. Haroon has appeared on CNN, al-Jazeera, BBC, NPR, The History Channel, and Russia Today. He is the author of a novel, The Order of Light (Penguin 2006).

Haroon Moghul is currently a research fellow in the National Security Studies Program at New America Foundation.
Support Us