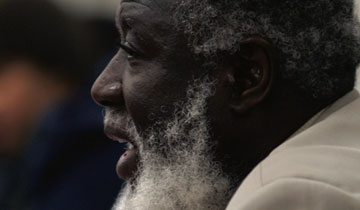 Dr. Ali Sulaiman Ali was born in Ghana where he spent his childhood studying with various Muslim scholars.  He then moved on to Saudi Arabia where he enrolled in Medina’s Islamic University. His curriculum included all the traditional Islamic sciences and in 1979 he graduated with a degree in both Islamic Studies and Arabic. Dr. Ali pursued further scholarship at the University of Michigan (Ann Arbor) where he received an M.A. and Ph.D. in Islamic Studies. Dr. Ali’s dissertation on Tafsir bil Ma’thurdealing with the question of Hujja (the question of authority of or binding proof) was a seminal study in an important field.

Dr. Ali’s passions center on learning, teaching, and community-service. He has taught Islamic Studies, Muslim World Studies, Arabic and the Science of Qur’an at the University of Detroit-Mercy (Detroit, MI), Wayne County Community College and American Open University. Dr. Ali currently teaches Fiqh, Ulum al Hadith, and Arabic at the Islamic American University (Southfield, MI). He has served the community in several capacities as the assistant Imam at the American Muslim Society and Mu’adh inb Jabal Masjid, as the Imam at the Islamic Center of Detroit, and as the current Imam of the Muslim Community of the Western Suburbs (Canton, MI). Additionally, Dr. Ali serves as the Director of Muslim Family Services (Detroit, MI), a social services organization dedicated to helping Muslim families flourish.

Dr. Ali is a co-founder, Core Scholar, and member of the Board of Trustees of the American Learning Institute for Muslims (ALIM), an academic institution where scholars, professionals, activists, artists, writers, and community leaders come together to develop strategies for the future of Islam in the modern world.​
Support Us