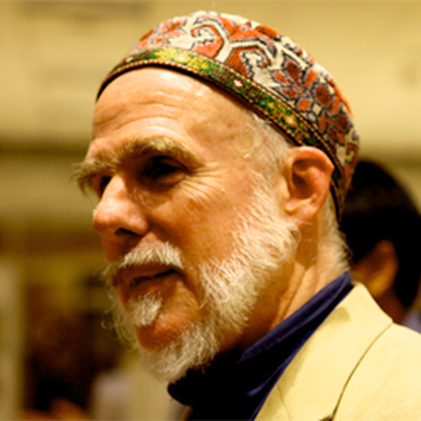 Dr. Umar Faruq was born in 1948 to a Protestant family in Columbus, Nebraska. He grew up in Athens, Georgia, where both parents taught at the University of Georgia. His father taught Veterinary Medicine and Organic Chemistry, while his mother’s field was English. In 1964, his parents took positions at the University of Missouri in Columbia, where his grandfather had been a professor emeritus of Veterinary Medicine.
Dr. Abd-Allah did his undergraduate work at the University of Missouri with dual majors in History and English Literature. He made the Dean’s list all semesters and was nominated to the Phi Beta Kappa Honorary Society. In 1969, he won a Woodrow Wilson Fellowship and entrance to Cornell University in Ithaca, New York to pursue a Ph.D. program in English literature. Shortly after coming to Cornell, Dr. Abd-Allah read The Autobiography of Malcolm X which inspired him to embrace Islam in early 1970. In 1972, he altered his field of study and transferred to the University of Chicago, where he studied Arabic and Islamic Studies under Dr. Fazlur Rahman.

Dr. Abd-Allah received his doctorate with honors in 1978 for a dissertation on the origins of Islamic Law, Malik’s Concept of ‘Amal in the Light of Maliki Legal Theory. From 1977 until 1982, he taught at the Universities of Windsor (Ontario), Temple, and Michigan. In 1982, he left America to teach Arabic in Spain. Two years later, he was appointed to the Department of Islamic Studies at King Abdul-Aziz University in Jeddah, where he taught (in Arabic) Islamic studies and comparative religions until 2000.

During his years abroad, Dr. Abd-Allah had the privilege of studying with a number of traditional Islamic scholars. He returned to Chicago in August 2000 to work as chair and scholar-in-residence of the newly founded Nawawi Foundation, a non-profit educational foundation. In conjunction with this position, he is now teaching and lecturing in and around Chicago and various parts of the United States and Canada while conducting research and writing in Islamic studies and related fields. He recently completed a biography of Mohammed Webb (d. 1916) A Muslim in Victorian America: The Story of Alexander Russell Webb (Oxford University Press), who was one of the most significant early American converts to Islam. Dr. Abd-Allah is presently completing a second work entitled Roots of Islam in America: A Survey of Muslim Presence in the New World from Earliest Evidence until 1965 and is also updating his dissertation for publication.
Support Us